Superstorms the Genesis of a New Phenomena? 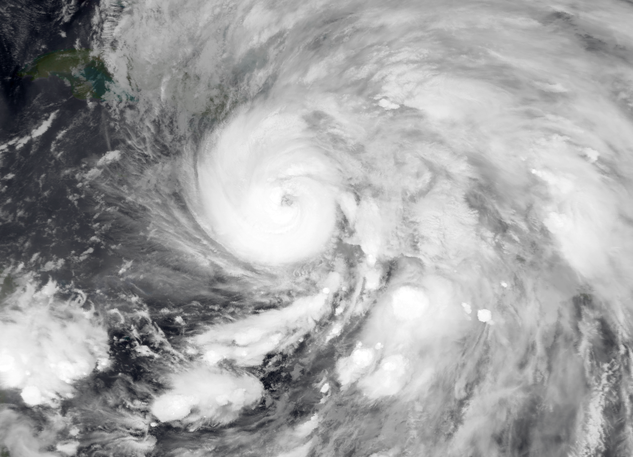 Superstorms the Genesis of a New Phenomena?

Are we moving into an era when a combined geophysical/economic phenomenon called a Superstorm —  hurricanes, typhoons, cyclones as well as large-scale tsunamis and earthquakes — causes massive human and economic damage?

Is global warming the trigger for some of these events?

This year (2005) the US National Oceanic and Atmospheric Administration (NOAA) has said, “It is highly unlikely that global warming has (or will) contribute to a drastic change in the number or intensity of hurricanes/cyclones in the south Atlantic.  Yet the number of large storms throughout the world is increasing, especially in terms of strength, suggesting a global scenario. In March of 2004 a category 5 storm called Cyclone Gaifilo struck Madagascar in an historically untroubled area of the Indian Ocean.  Also in March 2004, Cyclone Catarina struck off the coast of Brazil in the southern Atlantic.  This was a first!  Cyclones (the name for hurricanes in the southern Atlantic) have caused great concern among Brazil’s coastal populations who were threatened by the storm’s high winds.

Prior to 2005, 1993 was the most destructive year on record with the greatest number of massive storms striking mother earth in the Northern Atlantic Ocean region. Now storms called ‘Alpha’, ‘Beta’ and ‘Gamma’ have made 2005 the most destructive year for storms in the North Atlantic. Moreover, the twelve months from 26 December 2004 to December 2005 will go down as one of the most destructive economic periods in modern record due to natural disasters, first with the super-Tsunami in Indonesia that killed an estimated 350,000 people, then in August-September 2005 when the Category Five hurricane ‘Katrina’ hit the USA Gulf states, followed shortly by ‘Rita’ who caused an estimated 180 billion US dollars in damage to large and small cities around the Gulf.

Many US newspaper editorials discussed the specter of larger and more destructive killer storms wreaking havoc on the economy of the world’s largest superpower. Of course, damage did not come exclusively from storms but also from massive earthquakes which flattened towns in Iran and, later and with deadlier force, in southwest Asia, particularly hitting the mountains of Kashmir, Pakistan.  This southwest Asian quake in October killed an estimated 73,000 people. In December 2005 a 6.8 earthquake occurred in Lake Tanganyika in Central Africa, suggesting that planet Earth as a whole is in the midst of unusual geophysical events triggered by new phenomena on all sides of the planet.

What is really going on?  Studies by specialists in the mathematics of population increase have raised a red flag. Population demography has shown that the world’s population base in the one hundred years of the past century has increased on a massive scale, from 1.6 billion to 6.1 billion people plus! Many of these fast-growing areas of population have been near large bodies of water where oceanic changes and weather-related dynamics have brought cataclysmic nemesis to hundreds of thousands of people.

Accordingly, the economic ‘quanta’ from the massive killer tsunamis, quakes and hurricanes has made these events themselves into major super-storms, causing the collapse of national and local economies. Now the expansiveness of hurricanes and other natural devastations, exponentially in high-risk population areas, according to this author, has resulted in devastating geophysical and economic scenarios resulting in the popular use of the term super-storms.

But is it merely our large population growth that is the reason for such high levels of devastation?   Clearly, weather events and storms resulting in population loss on a global level were not “fully” documented prior to the pre-1961 satellite period.  Now that we have high technology — for example, NASA’s Topaz, Poseidon, and numerous European Space Agency satellites — to record with near-precision each aspect of the storm’s ingredients (such as water temperature and surface wind movements), we are given a critical overview of many factors. It does appear that as the oceans become warmer, large coastal regions of our planet are experiencing sweeping changes as weather becomes generally more intense.  According to recent studies on ocean dynamics, shared by this writer at the UN World Summit on Sustainable Development (WSSD) in Johannesburg in 2002, global warming may be wreaking havoc on the planet, including “polar warming” which is melting Arctic and Antarctic ice at a record rate.

Based on new computer models assembled by North American scientists, the regions most likely to experience the more intense hurricanes/cyclones are places where large masses of moist air converge. These regions include northeast and northwest North America, northern Europe, northern Asia, the east coast of Asia, southwest Australia and the south-central regions of South America with their respective basin areas.  Even regions as far as the Indian Ocean have remarked changes in their “air current” flows, with temperatures in the ocean waters affected as colder subsurface waters fail to mix with warmer surface waters.

The reason for heightened storm intensity is that as the planet warms, the temperatures of the atmosphere and of the ocean surface increase as well, leading to increased evaporation and an increased capacity for the air to hold moisture. Tropical and non-tropical air-conversion processes are tipped into new and more violent realities by:

Weather models by US specialists like Gerald Meehl suggest that our planet will continue to see increased precipitation for several more decades, regardless of any changes humans make. Even if one can stabilize greenhouse gas concentrations in the atmosphere at present day levels of emissions, the planetary system has a certain amount of thermal inertia and would take several more decades to stabilize.

According to a recent study of Meehl’s (13 October 2005), even if all industrial pollution and auto emissions suddenly ceased today, Earth’s climate would warm at least 1 degree by the year 2100 and seas would rise 4 inches (11 centimeters).  Meehl’s outlook is based on greenhouse gases that were present in the atmosphere in studies completed in the year 2000 with no additional input of chemicals, which serve as a global blanket to trap solar energy.  This does not take into consideration the dynamic increase of industrial pollution coming from China with its factories and cars in the new decade due to rapid economic expansion China in 2005 now stands as the worlds second largest polluter. The growing populations and gigantic industrial growth of both China and India necessitates a reexamination of all projected weather models.

The United Nations meeting in December 2005 in Montreal entitled The 11th Conference of the Parties to the UN Climate Change Convention is only one of many critical meetings to take place as formal talks continue with countries around the world. Their discussions focused on whether there should be a new international treaty on cutting the pollution that causes climate change, after the Kyoto protocol expires in seven year. The important model, however, is the reality of oceanic movement put together by scientists at the Max Planck Institute in Germany over the last few years.

Looking at the six ocean basins of the world — the south Atlantic, the northeast and northwest Pacific, the south Pacific, and the North and South Indian oceans — it becomes clear that all oceans show disturbing effects of storms simultaneously due to warming currents and surface wind conditions.

All this has played a major role in the breeding of an ongoing series of Superstorms, now and most likely over the next twenty years.  The possibility that major storms could appear simultaneously in all these regions, without being caused by a global change taking place, such as the increase of temperature, is 1 in 1000. In the coming  changes Africa will not be immune from ‘deep earthquake’ activity.

The paraphysical textbook published in 1973 entitled The Book of Knowledge: The Keys of Enoch® suggests that one cause of planetary change may be due to the release of neutral matter from the Earth’s core (or core-mantle boundary) in combination with solar flares and planetary oscillations, causing not only warmer air temperatures but also earthquakes and volcanoes. This occurs especially in the ‘ring of fire’ around the Pacific and may be one of the hidden causes for the striking changes we are seeing on the planet.

Regardless of the triggers of change, in the short run, the significant combination of unusual weather changes and demographics, as well as changes in the dynamics of land-ocean air and water systems, will breed more storms.

Quick-forming massive storms, especially of Category 4 and 5, are on the rise. The collective phenomena of global weather change is bringing more and more data into the foreground of our world media, and with this we are beginning to more commonly make use of the elusive term — Superstorms.