Self-repairing and sustainability of life 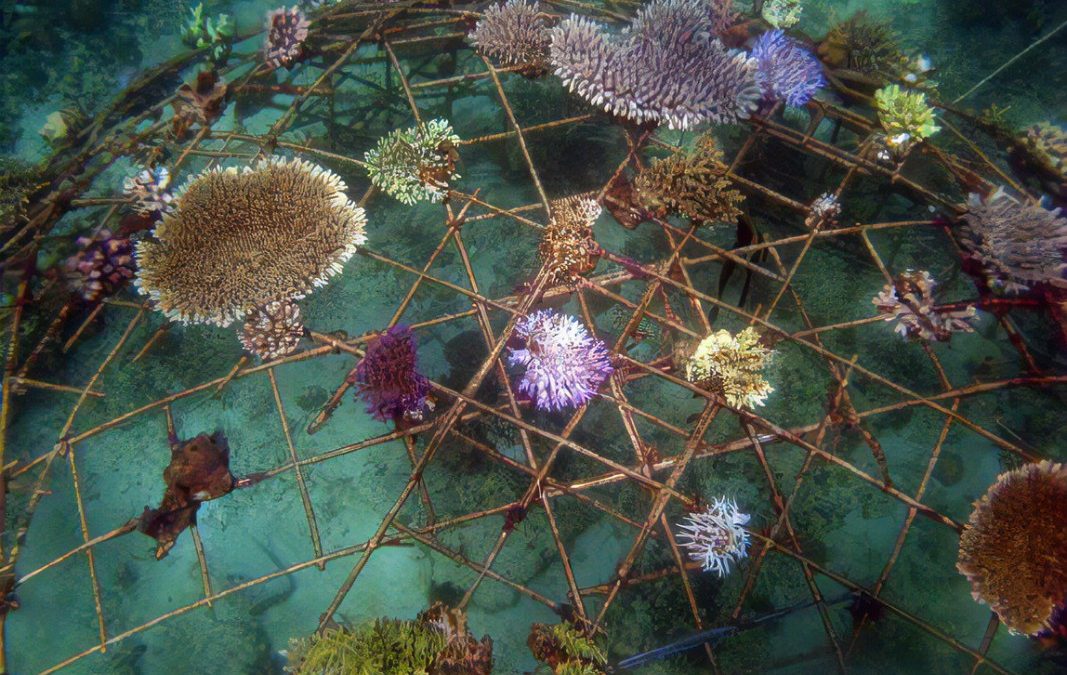 Electromedicine: the science that will contribute to the healing, self-repairing and sustainability of life 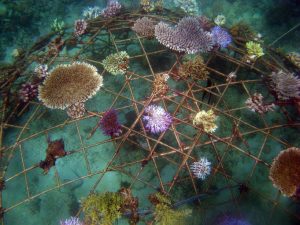 Since the beginning of time, humanity has suffered from diseases associated with pathogenic microorganisms, some still incurable, such as AIDS, Ebola, herpes and hepatitis. Organic bodies in this three-dimensional reality are subject to the laws of thermodynamics that inexorably lead to deterioration and loss of energy, resulting, ultimately, in death. The paradigm that governs our world has been one of limitation and therefore it is crucial that science advances towards a new paradigm of knowledge and practical application that allows for the sustainability and self-repairing of life. The Keys to future science have their foundation in 64 unique areas of scientific knowledge that will advance simultaneously to help all basic scientific disciplines make a quantum leap into a new consciousness of Light (Hurtak, 1973). One of the 64 revealed scientific disciplines is electromedicine or electrotherapy, which is the science that harnesses electrophysiological energies using the appropriate electromagnetic field in various biological tissues in order to propel life to a new state of physiological regeneration. Electromedicine has been mentioned in The Book of Knowledge: The Keys of Enoch® (Hurtak, 1973) as a field of Metatronic science and as the prelude to a greater medicine for the human race, called medical astronomy.

The first record of the use of electricity for healing purposes was around 2750 BC with Egyptian tomb reliefs illustrating the use of electric eels for medical treatment. This concept was later also documented by Greek doctors in 46 AD, who used electric eels in foot baths for patients suffering from pain and circulatory disorders. By the end of the 19th century, most American physicians, in their daily practice, routinely used some form of electromedicine to treat pain and help heal wounds. This continued until the early 1910s, when a report released during a Medical Education Review discredited electromedicine, which resulted in a significant setback in the advances of this research and practice.

In 1983, electrical potentials ranging from 10 to 60 mV were measured at various locations in the human body and the so-called “epidermal battery” was located within the living layer of the epidermis (Foulds & Barker, 1983), indicating that bioelectricity as a process is inherent in the healing of wounds. The biochemical and biophysical mechanisms of the ways in which cells respond to electrical stimulation are highly complex and remain largely unknown. Studies on the effect of bone healing and its clinical application began in 1953, when continuous electric currents were applied to rabbit bone, and new bone formation was demonstrated at the cathode, marking a milestone in bone healing applications (Ryaby, 1998). In animals, Spadaro’s (1977) studies with various animals (rabbit, rat, sheep, horse, deer, cat, mouse, chick, and frog) showed that about 75% of the studies were positive, especially in the healing of fractures. In this sense, The Keys of Enoch® postulates new solutions of how to use electromagnetic penetrating light surgery in the bone marrow for the growth of new bone (Hurtak, 1973). In addition to the stimulation of bone growth by electric fields, advances in electromedicine will result in the stimulation of cartilage regeneration through the injection of magnetic current, the restoration of partial limb regeneration through small direct currents and the inhibition of growth of tumors in mammals by means of electrical currents. All these bio-technological solutions are part of electromedicine, which, as previously indicated, is the science that is harnessing electrophysiological energies using the appropriate electromagnetic field (Hurtak, 1973).

One of the areas of science that has shown the most important and visible advances regarding the applications of electrotherapy in recent decades, is marine biology. The marine regeneration technology “Biorock” (Hilbertz in 1979) (Fig. 1), is based on artificial reefs fed by electrical currents, which has shown promising results as an alternative for the restoration of ecosystems of bio-engineered species such as corals (Goreau, 2014) and oysters (Shorr et al., 2012). Using electricity to grow solid calcareous structures of any shape and size, Wolf Hilbertz built on Michael Faraday’s original work on the electrolysis of seawater to build artificial reefs in the coastal oceans (Goreau et al., 2012). Its operation in living beings was based on the fact that all life generates electricity (Basset et al., 1968, Shamos, 1967; Erikson 1976; Hori et al., 2012) and therefore, electricity is a medium which can help regenerate life. This technology has qualities that provide favorable conditions for settlement (Chavanich et al., 2014) and rapid growth, not only of calcifying organisms (that form calcite/aragonite shell) such as corals, oysters or mytilids, but also of other species that coexist with these bio-engineered species (Strömberg et al., 2010; Goreau et al., 2014). 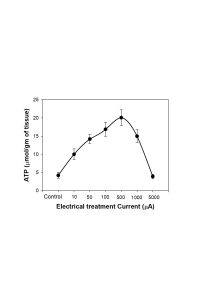 The original explanation for the rapid growth of various coral species as a result of electrical stimulation arose as a result of the high pH generated at the cathode by electrochemical deposition in seawater (Hilbertz, 1979; Goreau, 2012). However, if this were the only mechanism, then only calcareous organisms would benefit from the metabolic energy released for growth processes and/or dependence on skeleton formation via photosynthesis (Goreau, 1963, Hayes & Goreau, 1977). In fact, these benefits (rapid growth and greater resilience to environmental stressors) have also been observed in non-calcareous organisms, such as tunicates and macro-algae, which showed higher growth rates compared to those that grew naturally, so it is inferred that the mechanism must be broader than a pH scenario conducive to calcification (Goreau et al., 2012). As an example, published evidence of the widespread effect of Biorock technology was demonstrated in the use of low voltage direct current trickle charges which increased the average growth rates of a wide range of organisms including reef-building corals, soft corals, oysters, mangroves and marsh grasses (Goreau, 2014).

The remarkable biological benefits of Biorock in a wide diversity of marine organisms (Goreau & Hilbertz, 2005) (see in Biorock – Global Coral Reef Alliance) suggests that electrical stimulation induces fundamental biochemical and biophysical mechanisms that lead to better metabolic health and physiology. It is known that all cells maintain an electrical voltage gradient across the cell membrane of one tenth of a volt that is key to the exchange of metabolites between the inside and outside of the membrane (Goreau et al., 2022). However, this process has a high metabolic cost (Goreau et al., 2012). Goreau and colleagues suggest that a small electrical field of the right intensity helps cells maintain a voltage gradient across their membranes, which allows for the production of “free” biochemical energy, leaving more energy for further growth, repair, and cell repair, reproduction, survival, and increased resistance to lethal extreme environmental stresses (Goreau et al., 2014).

It is postulated that electrical stimulation generates an increase in cellular ATP (adenosine triphosphate), which is supported by previous studies such as those on the application of direct electrical currents of 10 mA to 1000 mA to rat skin (Fig. 2), which increased the ATP concentrations in the tissue and stimulated the incorporation of amino acids into proteins (Cheng et al., 1982). These authors observed an increase in ATP concentration under an optimal window of electrical current (from 1 to 1000 microamperes), with a subsequent decline under higher current densities. These authors also suggest that the effects on ATP production can be explained by the movements of protons that support the basis of the chemiosmotic theory of Mitchell (1976), while the transport functions could be controlled by modifications in the electrical gradients through membranes (Cheng et al., 1982). In this sense, external electrical stimulation could produce modifications in the electron transport chain (increased electron flow) in the inner membrane of mitochondria and stimulate changes in the proton gradients responsible for ATP formation.  In a broader sense, Enoch’s Keys explain the ATP as a tripartite energy transduction model that acts as a biological transmission antenna in a “keyhole” or Tesla-type amplifying transmitter device configuration, indicating that on a microbiological level, the bodies can receive/communicate with an external energy matrix and/or light forms of consciousness energy from other spatial dimensions.

Currently, various studies carried out in 45 countries around the world and in more than 1000 coral reefs are showing that electrical stimulation is the only method to reverse the impacts of extreme environmental stress on corals and other marine organisms (Goreau et al., 2022). Global warming passed the tipping point for massive coral bleaching in the 1980s (Goreau and Hayes, 2021). Coral reefs, therefore, are the ecosystems that are collapsing most rapidly due to accelerated global warming, rising sea levels, disease and pollution. The safe, very low voltage electrical fields generated by the Biorock Reef Electrolytic Process, when applied to marine organisms, have been shown to greatly enhance settlement, growth, healing and survival of marine organisms. The effects have been documented for over 4 decades, generally under conditions of extreme stress (Goreau, 2022).

Practical futuristic applications of this research were recently highlighted at the United Nations’ Roundtable on Sustainable Floating Cities, held on April 26, 2022, which aimed to help coastal cities adapt to rising sea levels. These frontier applications of artificial reef systems using electric fields that regenerate, filter and clean the waters of coastal areas will be applied in the first prototype floating city project proposed for Busan in South Korea (see OCEANIX Busan project). Its innovative design will make Busan the first city in the world to clean the ocean through Biorock technology instead of polluting it, by using small electrical currents to supercharge marine life. Global applications of these ideas could greatly improve coastal water quality and fisheries and regenerate coastal natural resources needed for a sustainable Blue Economy that can adapt to and reverse global climate change (Goreau, 2022).