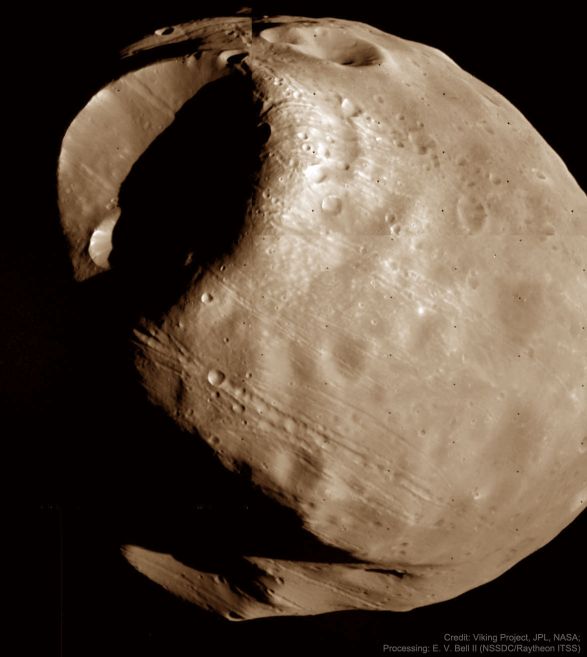 THE NEED FOR A NEW SPACE LAW

One of the important areas of Space Law is to establish the practice of “space ethics” on the high frontier of Outer Space. Here, we begin to function as a new type of humanity, a “space-kind” without naivete and fear. The thrust into space brings new opportunities for our civilization, but also challenges our assumptions of intelligent life in the universe.

Living in space requires rules and guidelines for the protection of all life forms, even for activities in Earth-based low-orbit and with local interplanetary probes. Such was the lesson of the very prestigious, one-billion-dollar plus Russian ‘Phobos’ Mission that came to a mysterious end in March of 1989. This event, thirty years ago, occurred when our Earth’s space technology encountered an unknown flying space object that displayed a definite engineering superiority, fitting into the category of a “Close Encounter of the Second Kind”.

One of the authors (JJH) had the privilege, through colleagues at Jet Propulsion Lab (JPL) in Los Angeles and its Russian equivalent in Moscow (IKI), to review some of the pre-mission experiments that were to be undertaken by the Russian Phobos probe in its encounter with the Martian moon called Phobos, and publish details of the projected ionospheric and surface tests ahead of schedule.[1] The experts on both sides of the ocean knew many of the experiments, which included lasers (Lima-D laser experiment) and an alpha particle scattering device from at least 14 countries. These were mainly to be used for orbital insertion and the landing on the unusual surface of the small moonlit satellite called Phobos (“Fear”) which Josef Shlovski, the famous Russian astrophysicist considered as having a non-natural “hollow” interior. Colleagues at JPL in the Deep Space Network (DSN) facilities were tracking the Russian Phobos 2 probe and it was sending back images from its sophisticated cameras during the entire mission en route to Mars. On January 29, 1989, the Phobos 2 probe reached orbital insertion taking 37 images of the moon, Phobos, with a resolution of up to 40 meters.

On the 29th of March, 1989, however, everything changed like in a science fiction movie. Just as it was getting ready to dive to an altitude of 50 meters above Phobos’ surface and release two landers, something strange happened. A very large and unknown technology, intelligently controlled, moved between the Soviet craft Phobos and the moonlit satellite and neutralized its mission, on camera. To the normal eye, it looked like a flying telephone pole without wings had suddenly overtaken Phobos 2, and neutralized everything associated with the spacecraft. The slow but steady appearance of a long object on camera, well over 16 miles long (20 km), was breath-taking.

Everything had been successful until that time. Russian mission control could give no definite answers for the loss of the perfect performance of Phobos when throughout the mission to Mars for a period of almost two months there was no loss of signal transmission. Every expert we talked to who had a private opportunity to review the final minutes of the Phobos 2 probe, felt a strange drama of “cosmic shock” as if the probe had been watched because we were the new players in Outer Space.

Leading experiments onboard by the Europeans totaling millions of dollars were lost in seconds to an unknown intruder that suddenly appeared. Years before we had shown the unusual surface features of Mars suggesting earlier evolution on Mars. This had been highlighted in a series of programs aired on Australian television in Sydney with Dr. J.J. Hurtak and TV news reporter Bill Payne.[2]

A few months after the Phobos encounter (1989), we were able to talk directly with Russian test pilot, Col. Dr. Marina Popovich and, indirectly, her famous husband, Russian Cosmonaut Pavel Popovich, about their views as to the “real story” about what had really taken place behind the scenes of the loss of the Phobos 2 probe. When Marina later arrived in the United States, she showed the last pictures seen of the large “flying object” before the loss of the Phobos probe.

It was clearly like a large “mother ship” that had entered the vicinity of the Russian probe just before its final insertion into the 50-meter orbit. The official position in the Soviet media (TASS) was that it was a failure of technology. Although this was different from the immediate reaction when Russian specialists had stated that the shadow seen on the last images was created by a larger flying vehicle and not by the moon Phobos. According to our Australian colleague and writer, Brian Crowley, “the overhead solar inclination prevented shadow-casting by Martian surface features, implying a shadow thrown on the surface [moonlit] from something in orbit beyond the orbit of Phobos 2 itself.” [3]

Fortunately, our colleague, TV journalist Jaime Maussan, was able to broadcast the last Phobos 2 images on TELEVISA to Latin American viewers in Mexico City, which included the immediate feedback from the Russian engineers and their shock at the large object seen on the images. With other broadcasters, Jaime and Dr. J.J. Hurtak were able to provide a general commentary to world viewers on the “real overview” of space maneuvers being played out on the Russians by what was privately seen by some as space intruders. [4]

The possible scenario of a naked interception of a space mission with a multi-nation cargo by a cosmic advanced technology seems to be more than just an accident or technological problem. It clearly appears that there was ET interference during the very costly Russian Mission. Why did this take place?  The probe may have been carrying some ‘double use’ technology capable of penetrating the subsurface of Mars. The presence of ‘double use’ technology was privately confirmed by both Marina and Pavel Popovich as one possibility for this alien intervention.

Thus, on the 50th anniversary of the first man-walk on the moon, we would like to share personal reflections with a younger generation of space researchers and futurists, interested not only in space development but also wishing for a brighter future of cooperation in space between all nations in the Twenty-First Century. As in the movie, “The Day the Earth Stood Still”, we are to put away any weapons or items that could be used as such in outer space. These intelligences do not want us in space with our technology and will actively prevent us from moving such military technology into space, when deemed necessary.

Weapons in space also violate United Nations’ laws pertaining to Outer Space Activities. Moreover, exo-political diplomacy is imperative as outlined by a new generation of space lawyers like Declan O. Donnell, who worked with astronaut “Buzz” Aldrin, the second man on the Moon.  Apollo Astronaut Edgar Mitchell, the sixth man on the moon, along with associate Carol Rosin who worked directly Wernher von Braun have put together a “Treaty on the Prevention of Weapons in Outer Space” that defines this in greater detail.[5] We need to be aware that we are not alone in space and with that understanding, we should be willing to follow a higher script of ethical behavior, demonstrating a higher ‘space ethic’ if we wish to be amongst other space-faring civilizations.  The irony is that people are concerned that extraterrestrials could be dangerous to humanity. The reality is that many extraterrestrials are concerned more with the danger that we could cause to life in space when we break out of the quarantine of mother Earth.

The upholding of a moral rationale through a more comprehensive international law hearkens back to the time of Hugo Grotius (1646) and requires a new interplanetary Space Law to be connected with the redrafting of the UN treaties for Outer Space Affairs. A new generation of space explorers requires a set of space laws and the revisiting of human options for interaction with cosmic cultures.[6] At this time we appeal to all peoples, but especially international law experts, to “look upwards” and be prepared to move into the realities of space civilization through the new discipline of Space Law applied to Ad Astra.

1. Crowley, B. and Hurtak, J.J.  1986. The Face on Mars. Evidence of a Lost Martian Civilization.  Second Edition. Appendix A The Soviet ‘Phobos’ Mission.  The Macmillian Company. Melbourne, Australia,